Qatar is ruled by the Al Thani family who has been ruling this country since the family house was established in 1825. Qatar has an Emir and the current one is named Tamim bin Hamad Al Thani who has been the ruler of the country since 2013 after his father abdicated the throne. Just like the whole family, Tamim bin Hamad Al Thani is rich. Can you guess how much does his worth? Find out the answer to the question by reading the entire post. 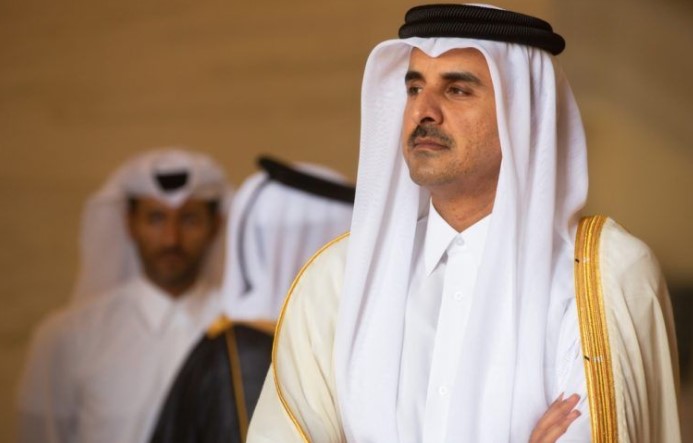 Tamim bin Hamad Al Thani has an estimated net worth of $2 billion dollars. You will understand why he is rich by reading about his career below.

Tamim bin Hamad Al Thani became the Emir of Qatar in 2013 after his father, Hamad bin Khalifa Al Thani, abdicated the throne. He became the youngest reigning monarch in the world. He was active in various government posts in Qatar and was active promoting sporting events in the country. In 1998, he graduated from the Royal Military Academy Sandhurst and then became the Second Lieutenant in the Qatar Armed Forces. In 2009, he was chosen as the deputy commander in chief of Qatar’s armed forces. He has been one of the most popular figures who helped Qatar to be awarded the 2022 FIFA World Cup. He was also the one behind the appointment of the country to be the host of the 2014 FINA Swimming World Championships. The man is currently known as the National Olympic Committee chairman and a member of the International Olympic Committee. He is the leader of the Qatar Investment Authority board of investors, the one that has stocks in Harrods, Barclays Bank, and Sainsbury’s.

As the current Emir of the State of Qatar, Tamim bin Hamad Al Thani lives in a huge palace located in Qatar called Emir of Qatar Palace. Aside from the place where he currently lives, he is also the owner of a large mansion located in London, England on Cornwall Terrace, Regent Park. This one was purchased in 2014 for $150 million. In addition, he has also a large residence in Oman.

Tamim bin Hamad Al Thani does not only own a number of properties but is also known to be the owner of the yacht Katara. This yacht is not an ordinary one. It is popular because it is 1 meter longer than Al Lusail.

Tamim bin Hamad Al Thani is rich but he is not the richest royal. If you think Queen Elizabeth II is the richest one as she is everywhere and everyone in the world knows her, then you are also incorrect. If you are curious who is the richest royal, the answer is the King of Thailand named Vajiralongkorn with the net worth of $43 billion – $30 billion. How can he is that rich? What makes him the richest royal? According to some sources, his source of wealth are the investments derived from the Crown Property Bureau.

There are a lot of royals with tons of money. if you are so into royals and want to know about the others, here is the full list of the richest royals in 2021: