You are so lazy to learn at school, aren’t you? You have tried to study and learn by using some great method, but you still do not have a high motivation to learn. However, the habit is totally bad for you.  Absolutely, it must be driven away so that you can get the level the ranking up again.

In order to get the motivation to learn, certainly you have to look for the best solution. One of the gorgeous solutions is to play quiz. Indeed, learning while playing is the great option that you can choose. Well, to make your dream come true in getting the higher ranking, you can follow the general knowledge quizzes for teens that we have divided into seven categories in the text below! 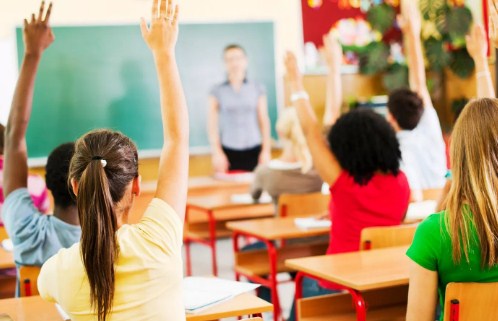 Q: Wellington is the capital city of which country? New Zealand

Q: What letter is located between letters X and V on a standard keyboard? The letter of C

Q: What is the tallest breed of dog in the world? The Great Dane

Q: Who is the author of ‘The Hunger Games’ trilogy? Suzanne Collins

Q: Veinte is Spanish for which number? 20

Q: What year did Disneyland Paris open? In 1992

Q: What is the German word for thanks? Danke

Q: How many times has Russia hosted the World Cup? Once, 2018

Q: How many meters from the ground should the hoop of a basketball net officially be? Three meters

Q: What does NHL stand for? National Hockey League

Q: How many lions feature on the coat of arms of England? Three lions

Q: Where is the most westerly point of England? Land’s End, Cornwall

Q: What is the largest county in England by area? North Yorkshire

Q: What is the highest mountain in Great Britain? Ben Nevis

Q: What was Florence Nightingale’s nickname? The Lady with Lamp

Q: What is the title of Avengers series in 2019? Avengers “End Game”

Q: Spring Onions are often called by which other name? Scallion

Q: True or False: John Dory is a type of potato? False

Q: What spice comes from the Crocus flower? Saffron

Q: In which country was tea first grown? China

Q: Tidings is an old fashioned word meaning what? News

Q: What is the opening line to Auld Lang Syne?  Should auld acquaintance be forgot

Q: Which traditional New Year’s Eve song is known by a title which means ‘time long past’? Auld Lang Syne

Q: Which Stevie Wonder song begins with the lyrics, ‘No New Year’s Day to celebrate’? I Just Called to Say I Love You

We hope after you pass the quiz, you can be more fun to study and learn about something new. For more quizzes for teens, definitely you can visit some sites such as Trivia, challengethebrain.com and many more.