Absolutely, you as parent want your kids having a big motivation to study at school. Unfortunately, many kids do not have the motivation to learn the school subjects. In fact, they prefer to play with their friends or playing game as well. For that reason, you should find some tips and tricks so that your kids can learn by using a funny way.

The fun way actually can be presented on the form of game or quizzes. Nowadays, it is better to give some knowledge for kids using fun and catchy quiz. Definitely, you can find tons of kids’ quizzes which are involved for the important knowledge from every subject. In this chance, you can give those quizzes to your kids in order to know more about knowledge which are not learned at school. 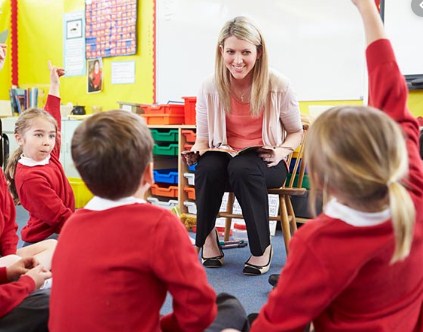 To give you a good solution, in the text below, we share some general knowledge quizzes for kids that probably will make your kids having fun while learning.

Q: Ariel was the main character in which 1989 Disney movie? The Little Mermaid

Q: Which male actor narrates the voice of “Donkey” in the Shrek movies? Eddie Murphy

Q: Who are the main Characters of Frozen? Princess Anna and Princess Elsa

Q: Do all bees make honey? No, there are thousands of species of bees but only a small fraction produce honey

Q: What type of animal is a chow? A dog

Q: How many arms does a squid have? Eight

Q: True or false: A baby bat is known as a pup? True

Q: Which female singer had a hit song with ‘New Rules? Dua Lipa

Q: What is nationality of Lady Gaga? American

Q: Who had a number one hit song in 2017 with ‘Look What You Made Me Do? Taylor Swift

Q: Who is the lead singer of Maroon 5? Adam Levine

Q: What are the following names all types of: Mississippi, Thames, Volga? Rivers

Q: Can you unscramble the following word to reveal a type of animal that hops: BTBIRA? Rabbit

Q: Who became President of the United States in January 2017? Donald Trump

Q: What is the name of the little girl who meets a big, friendly giant in the book and movie called The BFG? Sophie

Q: Which country won the World Cup in 2018? France

Q: Which continent does Japan belong to? Asia

Q: Which major river runs through Egypt? The Nile River

Q: What is the name of the second largest ocean in the world? The Atlantic Ocean

Q: What is the name of the system that breaks down food into simple substances (processes the food we eat)? The digestive system

What do your kids after playing the quizzes? We hope that they will be more fun and have a great motivation to learn something new and study at school. For more detail about the quizzes, actually you can visit some trusted suites provided tons of fun and challenged quiz.